EarlyBirds, an open innovation ecosystem platform with services innovators, early adopters, and subject matter experts (SMEs) to work with each other in finding ways to speed up technology advancement and adoption in an organisation, wants healthcare organisations to know that they can help with the adoption of new technologies such as those for early detection of disease. Early detection, such as in certain kinds of cancer like colon cancer and ovarian cancer, increases the chances of survival significantly. This is why scientists and doctors have been increasing their efforts for the development of cutting-edge technologies for detecting cancer cells early in their life. 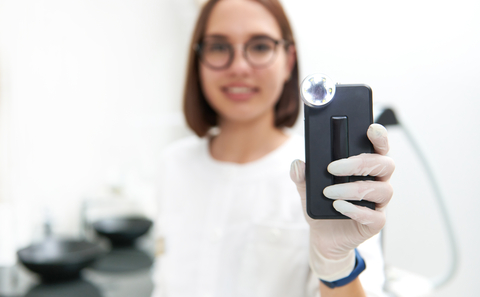 While the early detection of diseases is an exciting development for medicine, medical ethicists are concerned that technological developments could result in computers taking too large a role in medical decision making without the evidence to support them. Thus, while algorithms can be helpful in detecting diseases as early as possible, more testing is required to ensure that there would be no false-positive diagnoses. This has to be taken into account in the development of new technologies and their adoption in the healthcare industry.

Meanwhile, several large research projects are underway for the development of new technologies where AI and Deep Learning play an important role in fighting cancer and other diseases like Alzheimer’s, arthritis, Parkinson’s, lupus, and more. Deep learning is a machine learning technology that allows computers to learn by example, which is a natural learning method used by people. AI and Machine Learning (ML) models offer various benefits for pharmaceutical companies in their development of new drugs for treating and curing various illnesses and to better monitor the severity of the disease. According to the US Government Accountability Office (GAO), researchers in the government, academic, and private sectors are working to expand the capabilities of ML-based medical diagnostic technologies. They noted three broad emerging approaches of autonomous, adaptive and consumer-oriented ML diagnostics that can be used for detecting various diseases.

Those involved in the development of new technologies are the innovator companies, which are typically start-up and scale-up companies although there are mature companies that are also involved in technological innovations. The EarlyBirds platform allows these innovators to come in contact with companies that are eager to adopt new technologies as a way to improve their products and services. In the above-mentioned cases, it is the healthcare and pharmaceutical companies that are looking for such innovations as early detection of diseases and facilitation of the development of new drugs. Innovator companies joining EarlyBirds will stand to benefit a lot, especially start-ups, because the platform allows them to be in contact with early adopters resulting into a win-win situation.

EarlyBirds can serve as the ideal partner for healthcare organisations in the development of an innovation capability map of the worldwide technology ecosystem for early detection systems. This includes the development of new drugs that will offer support for research and solution development, including clinical trials, implementation, and continuous product development. An innovation map can be specific to a project or opportunity they are focused on. The maps are dynamic, meaning they are regularly updated as new technologies emerge and current technologies evolve, offering critical information for research up to ensuring that solutions are keeping up with emerging technological innovations. The EarlyBirds open innovation ecosystem offers a way for different organisations to come together, whether they are early adopters, innovators, or SMEs. The resulting collaborations are then expected to boost speed, culture, and capacity to adopt new innovations for solving difficult challenges through their Explorer and Challenger programs.

People who would like to know more as to how the Early Birds can help with the application of advanced early detection technologies for the health care industry can check out or contact EarlyBirds at earlybirds.io.

For more information about EarlyBirds, contact the company here: