Envato Elements, a popular subscription-based service for stock footage, music, and images, has been reviewed in the new IMHO Reviews video. It is a part of a series of video reviews made on the channel. The previous videos discussed other stock footage platforms, such as Storyblocks and Motion Array. 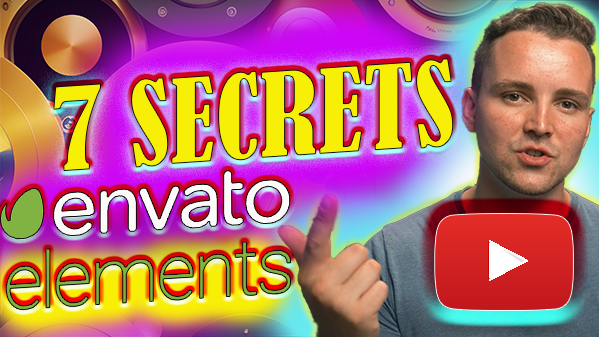 "There are dozens of stock footage services these days and each one has its own advantages. However, Envato Elements remains the users' favorite. In our video, we decided to dig deeper and see whether the platform is really as good as people are saying," said the owner of IMHO Reviews, Vitaliy Lano.

According to the video, an Envato Elements subscription which currently sells for $198 per year or $33 per month, grants members unlimited access to all stock footage, motion graphics, music, sound effects, graphic templates, photos, fonts, video templates - including After Effects, Premiere Pro, Final Cut Pro, Apple Motion, and Davinci Resolve, and WordPress themes and plugins in the library. IMHO Reviews video explained that even though the company's website claims that the downloads are unlimited there are several restrictions that users need to be aware of.

"For instance, you cannot share your account with other people, violate the fair use policy, or use any bots. You have to download only the files that you intend to use instead of stockpiling assets. And yes, everything in the library is royalty-free and can be used in both personal and commercial projects. Also, we have been asked a lot about what happens if a user decides to cancel their membership. Envato Elements have a pretty standard policy for that: everything that was downloaded and licensed before the subscription ends can be used for the projects it was licensed for, however, users won't be able to download new content or use the assets they downloaded before in any new projects," shared Vitaliy.

The video examines what platforms Envato Elements assets can be used on. This includes YouTube, Instagram, and TikTok with the only restriction being the usage of music for live streaming on platforms like Facebook and YouTube, or for broadcast and television. IMHO Reviews also mentions that it is allowed to sell physical products created with Envato Elements assets, such as t-shirts, when they are customized or incorporated into a larger design.

Envato Market is another topic discussed in the video. "Envato Market is a marketplace and many people often confuse it with Envato Elements. Envato Market sells high-quality items, but they do not offer subscriptions. It is a perfect choice for those who need just a few items and have a bigger budget as it is much more expensive. Envato Elements, on the other hand, is a good option for content creators and freelancers who create a lot of content and need to have unlimited access to digital assets without having to pay big bucks," said Vitaliy.

IMHO Reviews teams compared Envato Elements with similar subscription services in the video to give their viewers a better idea of what to expect from each one of them. They stated that both Storyblocks and Motion Array offer a good variety of assets, but Envato Elements offers a much bigger library, higher quality items, lower prices on monthly and annual memberships, and it is the only service that has a free trial.

For more information about IMHO Reviews, contact the company here: