Michigan probation violation lawyer Paul J. Tafelski releases a new article (https://www.michigandefenselaw.com/etg-test-probation.html) discussing the ETG test and how OWI probation works. OWI offenders could be asked to stop drinking alcohol while they are on probation. To make sure they don't drink alcohol, the state may conduct surprise or scheduled tests. This situation can be handled by the EtG test (short for Ethylglucuronide test).

According to the Michigan probation violation lawyer, “When an EtG test reveals that you have consumed alcohol, this can serve as evidence of a probation violation. A probation violation could result in additional penalties, up to and including incarceration. However, the U.S. Substance Abuse and Mental Health Services Administration (SAMHSA) has declared the EtG test to be unreliable.” 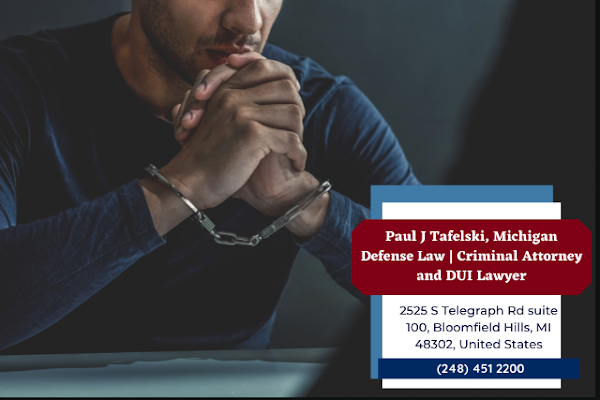 The EtG test is a urine test that determines if someone has ingested alcohol in the last 80 hours. It is also known as a "biomarker test". Biomarkers are biological indicators that indicate an individual's alcohol exposure. The EtG test was considered one of the most sensitive, reliable, and reliable tests in the early 2000s.

In the article, attorney Paul Tafelski mentions that the EtG tests are actually unreliable. In fact, SAMHSA issued an advisory in 2006 that indicates that the EtG test “should not be used as the sole basis for legal or disciplinary action.” The warning explains that the test is too sensitive and is unable to distinguish between alcohol absorbed into the body from the use of common household products and alcohol consumed for recreational use.

“Many everyday items that you have in your home can result in a false positive on an EtG test. For instance, SAMHSA refers to a popular hand sanitizer that is approximately 64 percent ethanol. When the ethanol in the hand sanitizer is absorbed into the body, your EtG levels can become elevated, just as if you had consumed a beer or other alcoholic beverage,” says the probation attorney.

Michigan Defense Law is a firm that takes the presumption of innocence very seriously. Every client deserves competent legal representation. No matter if someone is facing a felony or misdemeanor charge, the lawyers at Michigan Defense Law will work hard to vigorously defend the client and achieve the best outcome for them. Call Michigan Defense Law today at (248) 451 2200 to schedule a consultation.

Louisianians Can Go To TeleLeaf.com To Apply For A Medical Marijuana Card To Access The State's Flower Options

JVI Mobile Marketing: How To Grow Your Business

Starting Point RE Helps People Get Rid Of Unwanted Property

Spaulding Concrete is the Go-to Company for Top-notch Driveway Replacement and Repair in Berkeley, CA