New York City sexual abuse attorneys Russ Kofman and Arthur Lebedin release a new article (https://www.lebedinkofman.com/practice-areas/criminal-defense/sex-crimes/sexual-abuse/) explaining what constitutes sexual abuse in New York. The lawyers mention that in New York, a person is guilty of aggravated sexual abuse in the second degree when they insert a foreign object in the vagina, urethra, penis, rectum, or anus of another person causing physical injury to such person by forcible compulsion.

“Forcible compulsion is defined as the intentional compulsion either by (1) the use of physical force; or (2) by a threat, express or implied, which places a person in fear of immediate death or physical injury to himself or herself or another person or in fear that he or she or another person will immediately be kidnapped. A foreign object is any instrument or article which, when inserted into the victim’s body, is capable of causing physical injury,” the article from the New York City sexual abuse attorneys say. 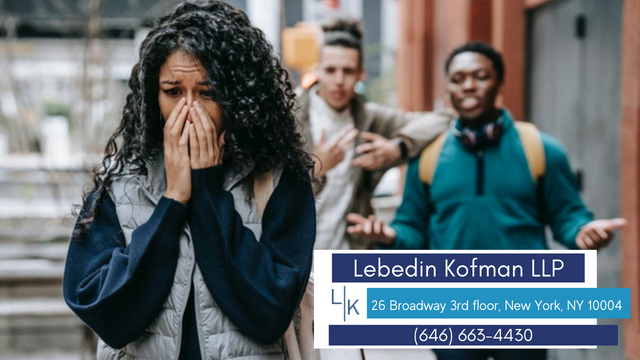 Attorney Russ Kofman explains that for someone to be guilty of the crime of sexual abuse, the prosecution team must be able to prove that the defendant inserted a foreign object into another person’s vagina, urethra, penis, rectum, or anus without a valid medical reason and caused physical injury to the victim.

In the article, the lawyers also say that if a person performs second-degree aggravated sexual abuse towards a child who is less than 11 years old, they will be facing a Class C felony. If the action was performed with a valid medical reason, then it will not be considered a criminal act.

Lastly, attorney Kofman emphasizes the importance of having a skilled lawyer when facing charges of sexual crimes. An experienced lawyer may be able to help the defendant understand their rights and protect their freedom.

Russ Kofman and Arthur Lebedin are seasoned, aggressive litigators handling cases in both the state and federal courts. Together, they manage the Lebedin Kofman Law firm. They handle civil rights cases as well as family law, high-net-worth divorce, and highly contested custody cases. Attorney Kofman and attorney Lebedin believe in their clients and work hard to fight for their rights and help them receive the best possible outcome for each of their cases. Call today to speak with an experienced attorney: (646) 663-4430.

North Texas Plumbing Is the Most Reliable Plumber for Property Managers in and Near Dallas, Texas