The Mabra Law Firm, based in Atlanta, GA, has elucidated on who will pay for the medical expenses after a car accident. In a recently published blog post, the firm points out that Georgia is an “at-fault” state, which means that the party who caused the crash is the one who will ultimately pay for the medical bills for injuries sustained in the car accident in Georgia. However, it has to be proven that the other party’s negligence was the reason for the collision and caused the injuries. It is important to note that a person is considered to be negligent in a particular situation where they are needed to act carefully but failed to do so. Under Georgia law, the negligent party will have to compensate the victim for all damages and losses resulting from the negligent act, including medical expenses.

Ronnie Mabra from The Mabra Law Firm says, “If you get into an accident, you’re responsible for making sure your medical bills are paid as you incur them. You have to take care of your medical bills until any underlying insurance claim or personal injury lawsuit is resolved with the at-fault party. A car accident victim in Georgia should contact a reputable car accident lawyer immediately after their accident. Your lawyer will explain how to collect payment for medical bills and claim damages over and above medical expenses like lost wages, property damage, and pain and suffering.” 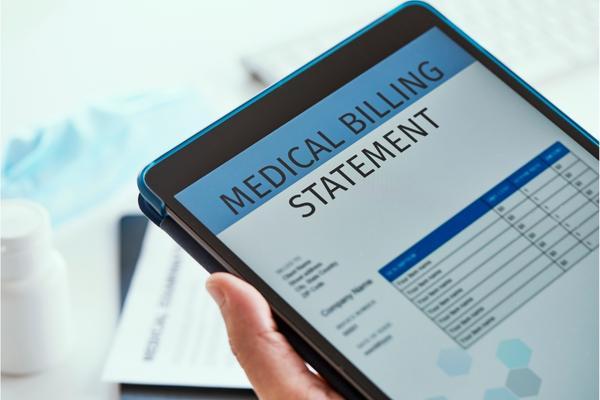 Aside from a few exceptions, the law in Georgia doesn’t typically mandate the at-fault driver to pay for the medical expenses of the accident victim on an ongoing basis. The exceptions are: when the car accident happens in a no-fault state; the accident triggers medical payments from insurance or some similar coverage; or there are workers’ compensation claims. Under such coverages, the accident victim will usually submit their medical bills as they come in from the medical providers. And rolling claims can be paid out by the insurance provider until the limit is reached.

With the above exceptions aside, the at-fault party or their health insurer is not usually required to pay for the medical expenses as they come in. Later on, if the other party has been proven to be at fault in court, the court will order them to pay for the damages. Most cases get settled long before a lawsuit is filed or a trial occurs. And until the case is resolved, the accident victim will be responsible for the payment of their medical bills.

Meanwhile, although drivers in Georgia are not mandated to buy personal injury protection (PIP) coverage, this coverage is still good for drivers in Georgia to have along with their auto insurance. PIP offers coverage for a fixed amount of medical costs and lost wages resulting from a car accident. Most drivers will carry a minimum of $10,000 of protection. With minor injuries, PIP might provide all the coverage that is required for the medical costs. Unfortunately, medical expenses can rise up quickly and will usually exceed the minimum PIP coverage of $10,000. When this happens, other sources are health insurance and possibly medical liens and hospital liens.

A good lawyer who can be depended on by a car accident victim is someone with legal experience in getting maximum compensation from the negligent party for the victim’s financial recovery.

Established in 2007 by Ronnie Mabra, The Mabra Law Firm is considered by Attorney Mabra as a continuation of his lifetime commitment to serving people, his community, and his state. During the course of his career as a personal injury lawyer, he was able to recover millions of dollars to help residents of Georgia. He was also featured as one of the leading lawyers of the state in the Georgia Super Lawyers magazine.

When in need of the services of an Atlanta car accident lawyer, residents can check out The Mabra Law Firm website or contact them on the telephone.

For more information about The Mabra Law Firm, contact the company here:

How Top Remodeling & Design is Making Waves in Concord, CA

Celebrity Booking Agency in Los Angeles, The Celebrity Source Is Bringing Brands the Exposure They Need to Succeed

IMHO Reviews Storyblocks Tutorial on How to Improve Videos

How Top Remodeling & Design is Making Waves in Concord, CA