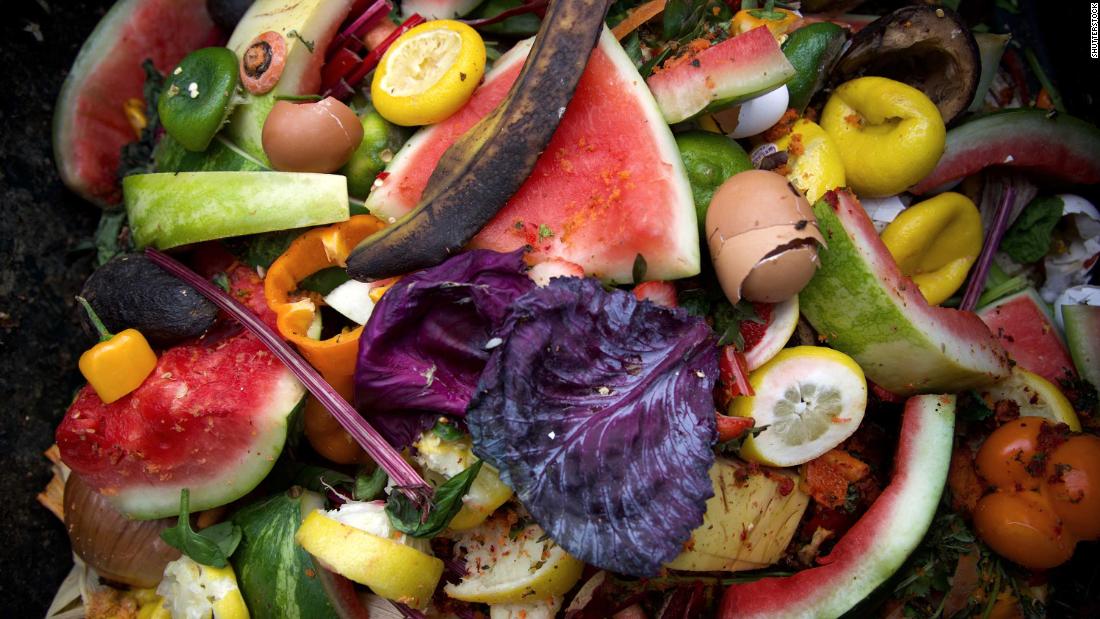 London (CNN Business) About 2.5 billion metric tons of food is wasted around the world each year, roughly half of which is lost on farms including in Europe and the United States.
That's having a huge impact on the climate.
Tesco TSCDF report published Wednesday by the World Wildlife Fund and UK grocery retailerreveals that the amount of food lost is nearly double previous estimates by the UN Food and Agriculture Organization, which last conducted an analysis of total waste from farm to fork in 2011.
Food lost on farms amounts to 1.2 billion metric tons, with a further 931 million metric tons wasted by retailers and consumers.
The remainder is lost during transport, storage, manufacturing and processing.
The updated figures indicate that 40% of all food produced goes uneaten, according to the study, which attempts to quantify the amount of food wasted on farms for the first time in a decade.
"We have known for years that food loss and waste is a huge problem that can be minimized, which in turn could reduce the impact of food systems on nature and climate," Pete Pearson, global food loss and waste initiative lead at WWF said in a statementRead More
Source