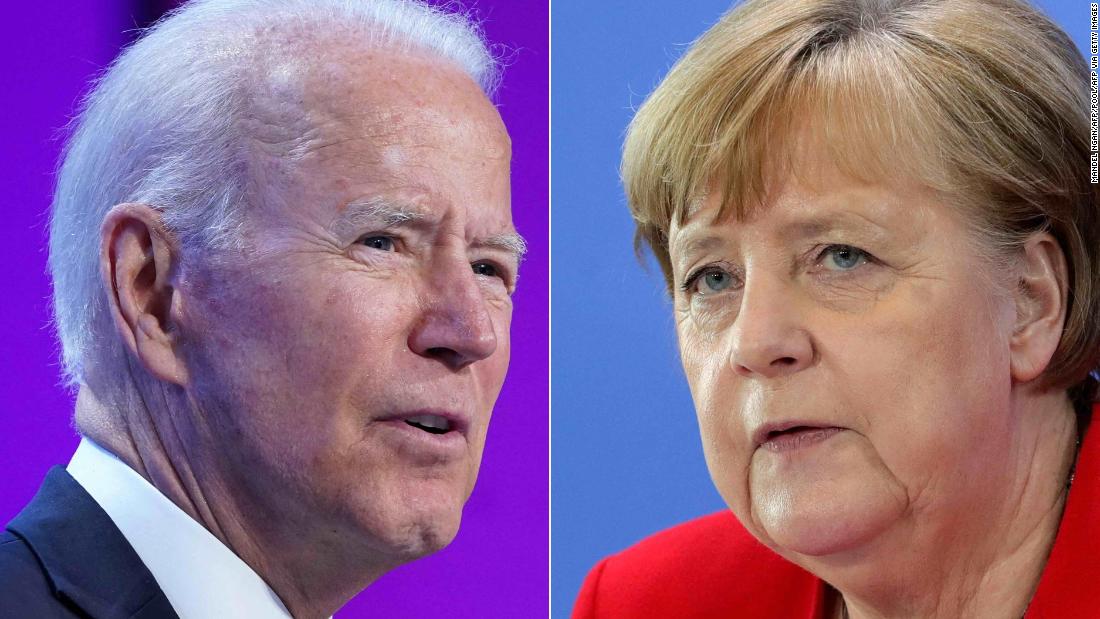 Washington (CNN) The US announced Wednesday that it has reached a deal with Germany that would allow completion of the controversial Nord Stream 2 pipeline opposed by the Biden administration as a "malign influence project" that Russia could use to gain leverage over European allies.
"While we remain opposed to the pipeline, we reached the judgment that sanctions would not stop its construction and risked undermining a critical alliance with Germany , as well as with the EU and other European allies," a senior State Department official said Wednesday.
The announcement is unlikely to end bitter divides over the pipeline, with US lawmakers condemning the agreement, Ukrainian officials immediately weighing in to say they are lodging diplomatic protests and even the US acknowledging their opposition to the project remains firm.
"I would just say emphatically that we still oppose Nord Stream 2, we still believe it's a Russian geopolitical malign influence project, none of that has changed," the senior official said.
In an attempt to prevent Russia from using the pipeline to increase European dependence on its energy supplies, Germany has agreed to take a series of measures meant to mitigate the risks to European energy security, to Ukraine, and to European Union and NATO countries close to Russian borders.
In the past, Russia has cut off energy supplies to other countries, including Ukraine.
Source